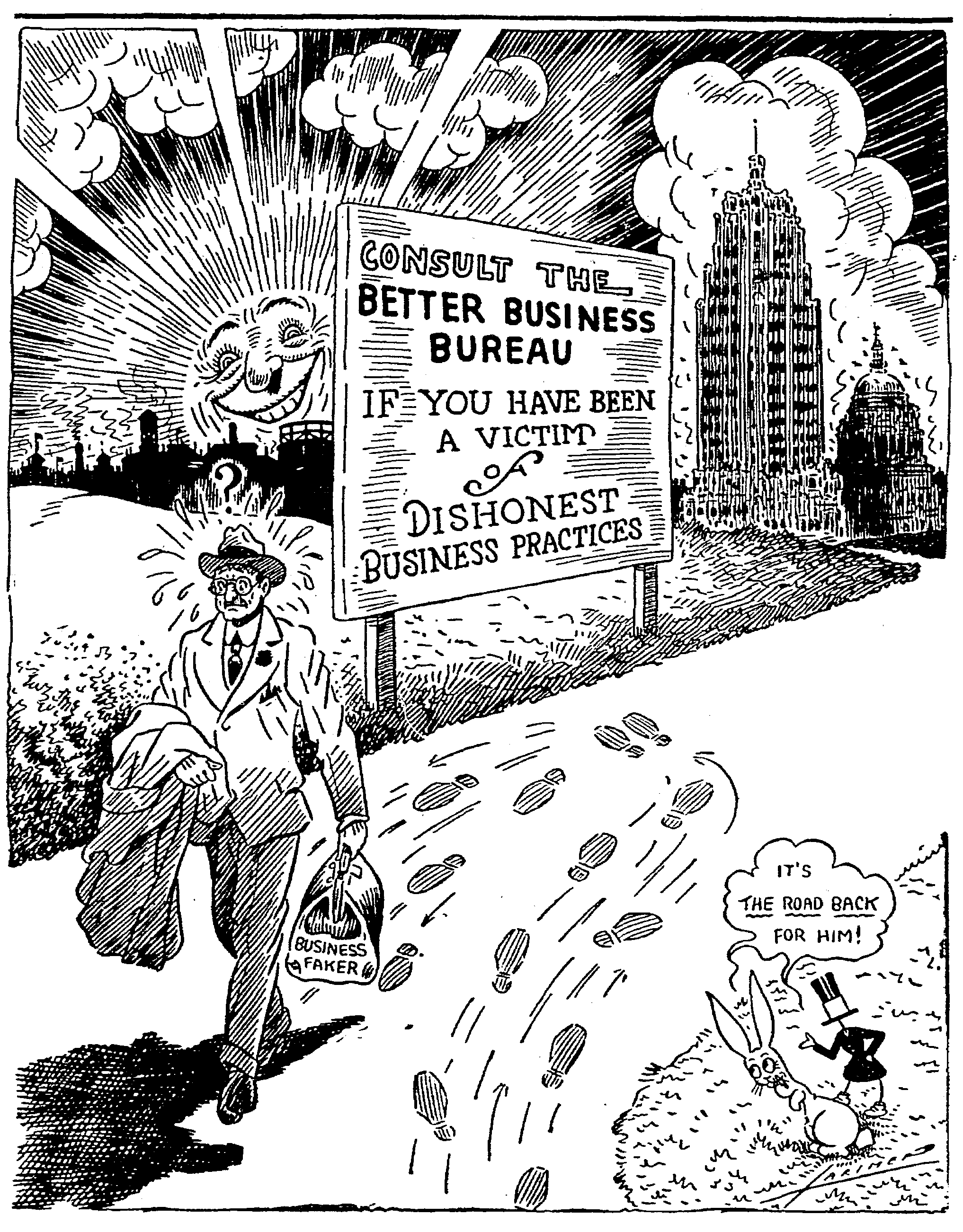 The first steps in the creation of the modern Better Business Bureau that we know today were taken in 1912 when individual advertising “Vigilance Committees” sprung up across the nation to combat dishonesty in advertising. The Cleveland Ad Club (now AAF-Cleveland) established one here in 1912. These committees banded together in 1921 under the name “National Better Business Commission of the Associated Advertising Clubs of the World” and spun off as the “Better Business Bureaus” several years later.

With such a rich history and long standing tradition, we have a plethora of material to share with you. We’ve seen it all – from the unusual cases like canary scams to black market vaccine peddlers and the more typical scenarios dealing with fly-by-nighters (page 2) and charity swindles. 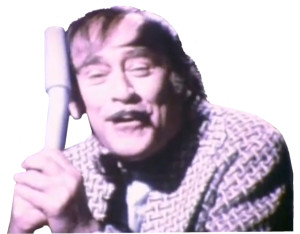 Vintage Commercials and Public Service Announcements
“The Bunco Man” and Misleading Ads – These are public service announcements from back in the day with some very interesting scams.

“Harry Hole in the Wall” Commercials – Harry claims will fix your car and his shop has parts in stock that you “won’t ever need, lady.”

Ads & Articles from The Plain Dealer - The Plain Dealer has been a staple in Cleveland since 1842 and, since then, it has chronicled the events of the city, the state, the nation, and the world. As any native Clevelander knows, it is the major newspaper of our city, but it also has the largest circulation of any other Ohio paper. As such, we share a common history and The Plain Dealer has published many articles about the Better Business Bureau throughout the years. 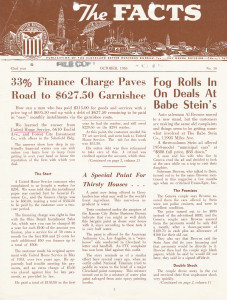 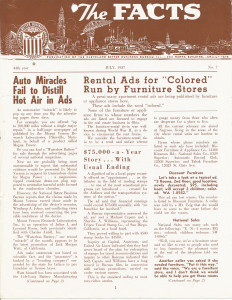 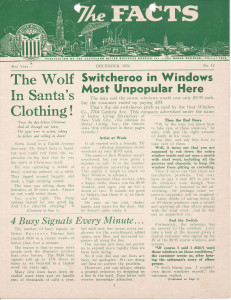 Color Ads - BBB never limited itself to newspaper or television campaigns to raise awareness. BBBs around the country used color posters to promote messages of safe buying habits and “Investigate before you Invest.”

Animal Ads – Cute images of animals promoting slogans such as “Be Smart as A Fox”
Wilson Cutler Ads – These images have a very comic book feel and are certainly worth a look!
Early 50′s National Campaign Ads - Most are in 2 colors, some are in black and white.